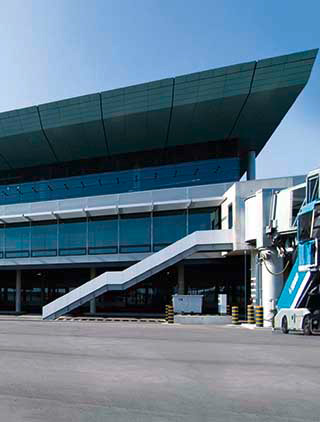 
In spring 2008, the new Terminal A at Luxemburg International Airport opened after four years of construction. The new terminal is designed to take the more than 3 million passengers who pass through Luxemburg Airport each year. To meet the logistical demands created by this large number of passengers, two underground car parks were built. This new underground car park provides space for 4000 vehicles on four 30,000 m² levels. The visual concept of the car park is exceptional. The bright and friendly walls on all four levels ensure there are no dark corners. The deliberate use of colour makes the building appear friendly and prevents car park users from getting lost. 300 fire-proof doors and 52 sliding and sectional fire-resistant doors provide maximum safety on four car park levels.

A four-storey underground car park needs to meet enormous fire protection requirements. Preventive fire and smoke protection and fully functional escape routes and emergency exits were top of the list when planning the doors and barriers. Fire protection measures must prevent the growth and spread of fire as well as contain smoke in a localized area. All the fire doors had to fit in with the car park’s general colour concept: The colours of the four car park levels are yellow, green, red and blue. The footprint of the four car park levels is identical, but each one is painted in a different colour. Level 1 provides direct access from the car park to the terminal. 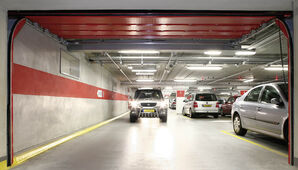 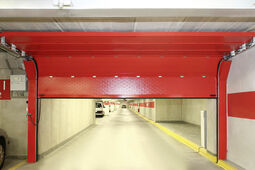 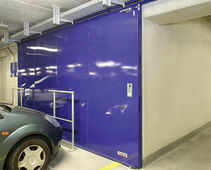 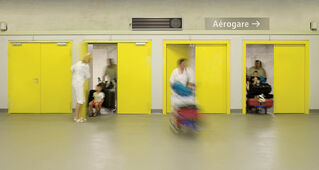 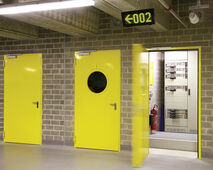 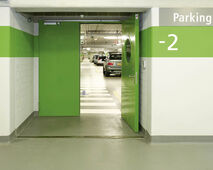 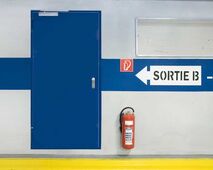