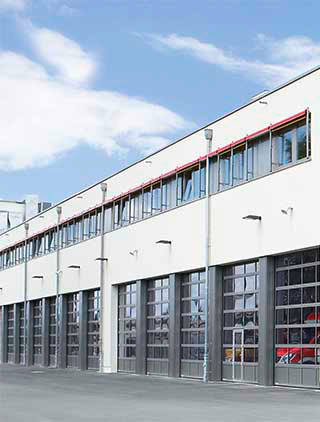 Run at the fire brigade


In early 2012, the Lünen fire brigade moved into their new building after seven years of planning and 18 months of construction time. The youth fire brigade and the volunteer fire brigade's "Fire truck 1" are housed in the buildings on the 14,200 square metre site along with the regular fire brigade and the ambulance station. The modest, straight line-based architecture embodies an unpretentious self-image: The functionality of the facility was what was important - an example of this is the doors: The robust sectional doors (Teckentrup SL) have a high glass section which allows lots of light to flood the halls. When the fire brigade needs to spring into action, the electric drives work quickly and reliably.

Every second counts when someone's life is at stake, so the technology must work reliably. The Lünen fire brigade's new facility shows that this can be achieved whilst maintaining an attractive appearance. The city has invested 13 million Euros - the largest single municipal investment in the last 30 years - and in the process, they built a fire station that fulfils all the current standards. 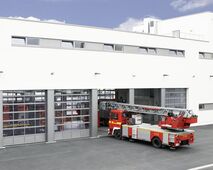 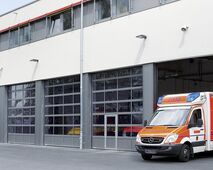 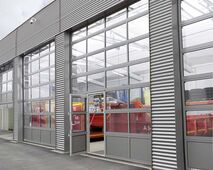 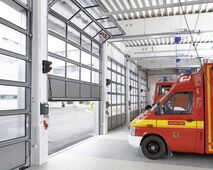 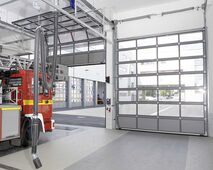 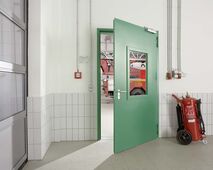